“Mr. Motivation“, George Jones, was born in Detroit, Michigan, and came to Germany in 1989. Since then, he has made a name for himself in both the music scene and the fitness sector.

George Jones was the founder, choreographer, song writer and front man of “Mr. President”, the successful dance trio. With hits like “Up’n Away“ – which went gold for the band – the rapper demonstrated his ability to combine movement and music.

After leaving the band in 1994, he concentrated on fitness. For example, as a fitness trainer on Endemol’s daily “Big Diet” programme, he helped the overweight candidates to fight the flab. He was the host of his own, popular fitness show “Come On Baby”, broadcast on DSF, the German sport channel, and this ensured that  George became Germany’s most popular fitness entertainer. One reason is his especially motivating and likeable personality.

Following his meeting with Billy Blanks, the American martial arts expert and developer of the “Tao Bo” system, George introduced this method of training to his adopted country, developing it into his “G-Moves”. In 2003, these workouts led to his first fitness DVD, “Personal Power Training – Get Fit ´n´ Smile (Vol. I)”. As well as the training methods, it includes general tips on fitness and nutrition. This DVD continues to be extremely popular, and will soon achieve gold status.

People keep asking George Jones for advice on fitness. For example, he wrote monthly columns for “Glamour” magazine and brought the residents in the “Big Brother” house up to speed. In America, too, George’s fitness methods are sought after, and he developed special methods to increase the speed and agility of up-and-coming tennis players. In addition, he has a boxing studio in America.

In spite of all his passion for sport, George has not entirely neglected music. He works as a DJ and MC for Star Trax, the American production firm, and this allows him to commute between Detroit and Cologne and to work in both cities. 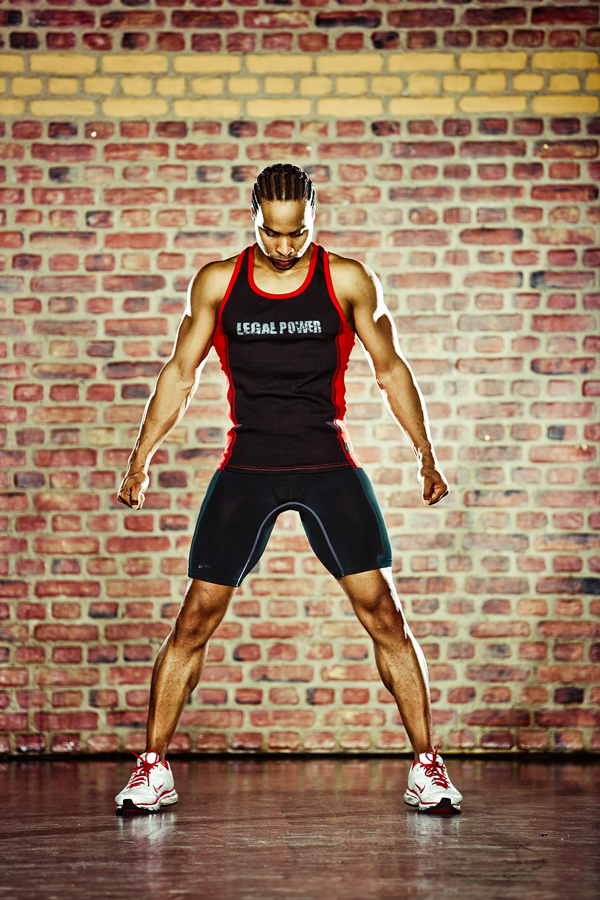